Impact Story: Call To Action For A Victim Of Unlawful Military Violence In Kashmir

This video aims to bring unlawful military violence to the wider public’s attention by focusing on the story of one victim, Altaf Ahmad. It also focuses on raising support for him and his family.

In June 2017, Altaf Ahmad, a resident of Aglar Pulwama in Kashmir, North India, was riding home from work on his bicycle when Indian military personnel shot him three times after mistakenly thinking he was a militant. Altaf fell to the ground and was left for dead.

Almost immediately after the incident, Rayees Ahmad, a community correspondent of Kashmir Unheard, received a message about what had happened. He rushed to the scene only to discover no one was allowed to come near Altaf. 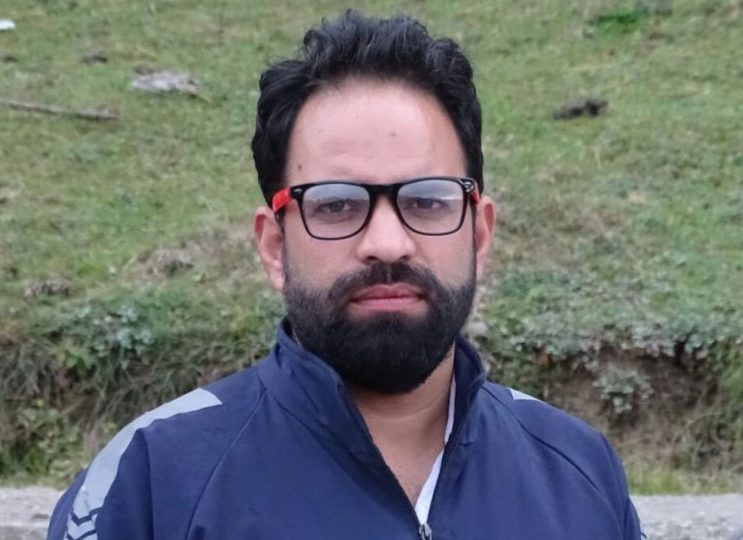 After waiting for some time, Rayees and a few others couldn’t bear to merely stand by and drove over to where Altaf was lying on the ground. Surprised to discover Altaf still alive, Rayees helped to quickly get him to a nearby hospital. After receiving emergency treatment, it became clear Altaf would need long-term medical treatment and surgery if he wanted to be able to move around again freely.

As a Kashmir Unheard correspondent, Rayees wanted to make a video about Altaf’s incident.
Kashmir Unheard is a group of 23 community correspondents who want to show the world ‘their’ Kashmir. They were formed in September 2014 after one training for aspiring local activists by Video Volunteers, a partner of the Video for Change Network based in Goa, India.

The group is currently supported by two editors and a coordinator, and its ‘newly-minted story-tellers with cameras-in-hand’ are capturing the ‘unheard’ stories happening in their communities. Their methodology is simple: first, they discuss the issues they want to document with the affected communities to raise their support and make sure the message is conveyed properly.

Then they collectively identify a call-to-action and make the resulting videos public by using a variety of popular social media platforms. This call to action at the end of most videos is what makes Kashmir Unheard’s videos unique.

When Rayees first discussed the idea of making a video about his incident with Altaf, he refused. He was too afraid of what might happen. However, after two more meetings, Altaf changed his mind and agreed to make his story public.

Rayees and Altaf chose to leave all graphic and violent footage out. The video focused on Altaf and how the incident has affected his family: their young child, Altaf’s pregnant wife, and their highly uncertain future.

Atlaf’s story went quickly viral after the video was published in July 2017. On Facebook alone, it was shared 5000 times and seen by over 200,000 people. Support for Altaf and his family started pouring in. Many people wanted to help and were curious to know about Altaf’s recovery.

Altaf had strongly refused to ask for money in the video, but confronted with the wave of support for his family, it was decided that Kashmir Unheard would share the bank-account details of Altaf as part of its outreach campaign.

Kashmir Unheard made a second version of the video, which ended with a call-to-action to support Altaf and his family.

Although some people called his wife a “digital beggar”, the positive monetary impact stands in stark contrast to Altaf’s struggle for justice. The video was brought to the attention of the district commissioner of Pulwama district and reported to the police.

Again, financial compensation was given, but no further investigation took place and the soldier firing the shots has never been prosecuted. Meanwhile, Altaf remains partially disabled and traumatised for life.

In this video, published in February 2018, you can learn more about the impacts of the video for change initiative for Altaf and his family.

“We have to be very careful because anything can happen to anyone in Kashmir.” -Rayees Ahmad, Community Correspondent Kashmir Unheard.

Working as a community correspondent for Kashmir Unheard is not without risk. In an interview with EngageMedia, Rayees, who has documented other human rights offences in Kashmir, explains that in Kashmir one has to be very careful, avoid the army and be aware that sometimes videos simply ‘disappear’ after being publicised online.

Rayees has never forgotten the day he was harassed in front of his parents’ house by military personnel in April 2018. Uniformed soldiers beat him and snatched his phone. “They threatened me, kept asking me if I worked for the government and told me to stop investigating things,” he says.

It remains unclear whether the military’s visit relates directly to the Altaf video or to Rayees’s other activities for Kashmir Unheard, which he joined in 2017 and for which he has produced 45 videos so far.

However, the incident has strengthened his conviction to keep working as a community correspondent:

“I am a journalist, I am supposed to be doing what I am doing. I am not afraid, I will not stop!”

Rayees’s confidence, commitment and Kasmir Unheard’s style of working, has earned him the support of the Pulwama district commissioner, who has become his friend and helps to protect him.