The Video4Change Networks hosts a number of convenings to bring together partners and affiliates, as well as the broader Video for Change field. These gatherings aim to: 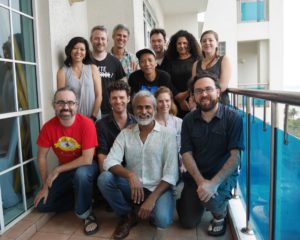 From November 30 to Dec 3, 2017 the Video4Change Network met in Colombo, Sri Lanka, for it’s third Global Convening. Hosted on the side of the Global Voices Summit, the convening brought together ten of the twelve Network Partners and Affiliates including Video Volunteers, WITNESS, the Organization for Visual Progression, SocialTIC, EngageMedia, B’tselem, InsightShare, Small World News, Videre, and the Freedom Film Network.

Convened by EngageMedia and the Organization for Visual Progression, the internal meeting and public engagement at the Global Voices Summit, were highly successful in building enthusiasm for the Network, raising the profile of the Network’s activities, creating a set of tangible collaborative activities, and seeding a long term vision.

Watch interviews of some of the members to learn what the Network is about, where they find common ground, and what are its future plans. 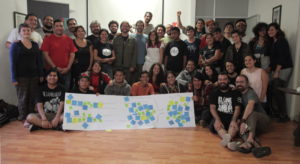 From 19-21 July 2015, WITNESS and SocialTic hosted a convening in Mexico for video activists from around Latin America and the Caribbean to exchange knowledge and analyze joint actions between collectives that work on video for social change. The gathering brought together almost 50 people from 14 countries in the region at the Human Rights Center Miguel Agustín Pro Juárez in Mexico City with the following objectives: to get to know each other better and to reinforce existing ties and seek new ways to organize ourselves collectively. 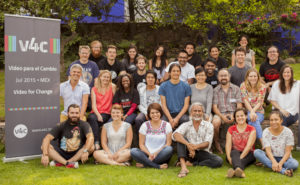 In July 2015 more than thirty leaders in the Video for Change field gathered in Tepoztlán, Mexico, for the second global meeting of the Video4Change Network. The event convened organisations from India, Argentina, Kenya, Malaysia, the US, Guatemala and more for a week of strategic conversations, knowledge sharing and network building. Hosted by SocialTIC, EngageMedia and WITNESS, the week began with a stock take of the activities and objectives of each organisation, many of whom hadn’t seen each other since the previous convening in Indonesia in 2012. 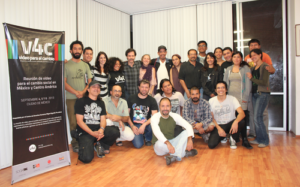 From 4-6 September 2013, organisations from Mexico, Guatemala, Costa Rica, El Salvador and Nicaragua met for a Latin America Video4Change gethering. The event enabled the sharing of information, resources, strategies and best practices in the use of video for social impact. An ongoing network was formed as a result of the meeting, continuing the exchange, and fostering onoing collaborations.

On 24 and 25 March 2014, twelve video activists from Java, came together for the first Video4Change gathering in Indonesia. There they shared their experiences in making videos for social change, with a particular focus on creating and assessing impact. Participants discussed definitions and understandings of impact and it’s indicators based on their varied knowledge, experiences and contexts. While past Video4Change (V4C) materials and research findings were used as guidelines, we found that self-definition was crucial to keeping the process more realistic and reachable. 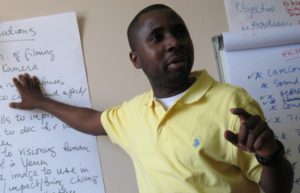 WITNESS and their partners, SONKE and STEPS, co-organised a gathering of 25 video activists from Sub-Saharan Africa in Cape Town, South Africa from 3-5 March 2014. According to WITNESS the gathering aimed to create a space for video activists to share experiences, network, inspire and learn from one another and foster collaboration. Furthermore, these activists and their groups are supported to stay connected through the global V4C (Video-for-Change) network, as well as through our new regional Video-for-Change community. 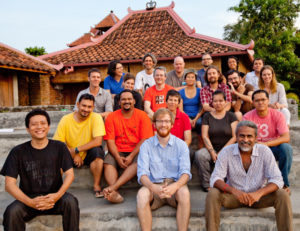 In June 2012 a global gathering of 13 Video for Change organisations was held in Yogyakarta, Indonesia. EngageMedia and WITNESS co-hosted the global gathering. One of the highlights was to witness the breadth and depth of how video could be used to contribute to social change. The event sparked a number of collaborations and reinforced the importance of video in campaigning, advocacy and social change. The result of that meeting was the formation of the Video4Change Network as well as a number of network based projects.