The Video4Change Grassroots Gathering has started 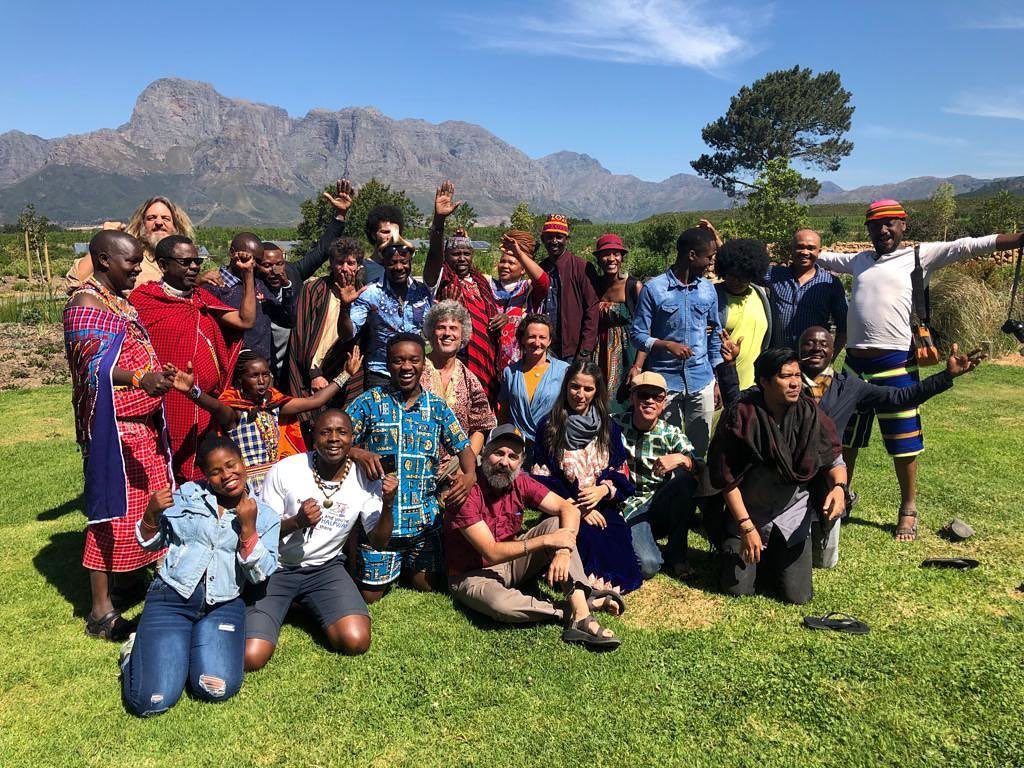 Some participants of the #Video4change South Africa Gathering 2019. Image by Insightshare.

On October 9, 2019, forty hosts and delegates from all over the globe arrived at Bertha Foundation’s Retreat in Stellenbosch, Capetown, South Africa. Most of the participants come from the African continent and will try to expand the Pan African Living Cultures Alliance (PALCA) over the next few days.

Video4Change Grassroots Gathering: Building the Capacity of Movements and Activists in Africa

The PALCA can unite the indigenous and cultural groups from Kenya, Tanzania, South Africa, Democratic Republic of Congo, Libya, Cameroon, Zimbabwe, and Ethiopia that are represented at this gathering. “Indigenous people hold the key to the knowledge needed to save the world from humanity,” as Shomet Ole Naingisa, one of the Maasai founders of PALCA, puts it.

As part of the PALCA, communities use video to document their ways of life, their languages, and their lands. Not only to preserve but also to counter the extractive industries that are threatening to destroy the livelihoods of these communities that for centuries have lived in balance with their land, as custodians of many vital ecosystems of our planet.

On the first morning of the meeting, South African singer Mthwakazi opened with a beautiful song honouring the ancestors of the land. Afterwards, Darius Salvaster from Usiko, an inspiring local organization helping South African youth to reconnect with nature and with who they are, invited participants to collect something from the surrounding nature that reminds them of who they are and where they come from. While Darius meditatively played the drum, all participants scattered across the beautiful gardens surrounding the retreat, returning after 20 minutes. While presenting their objects, participants listened to stories of the land and their hope.

Margie, a descendant from early white settlers in South Africa, who works with Sustaining the Wild Coast in South Africa, said: “Settler people always want to own the land. We must try to simply belong to the land.” It was a statement powerfully defining the root cause of many of the struggles indigenous African communities face. Theresa, one of the facilitators or hosts as they are called here, told us a story her father heard from a Xhosa elder:

The settlers came and asked us all to sit in a circle, close our eyes, and pray together. By the time we’d opened our eyes, we had the Bible and alcohol, and the settlers owned the land. 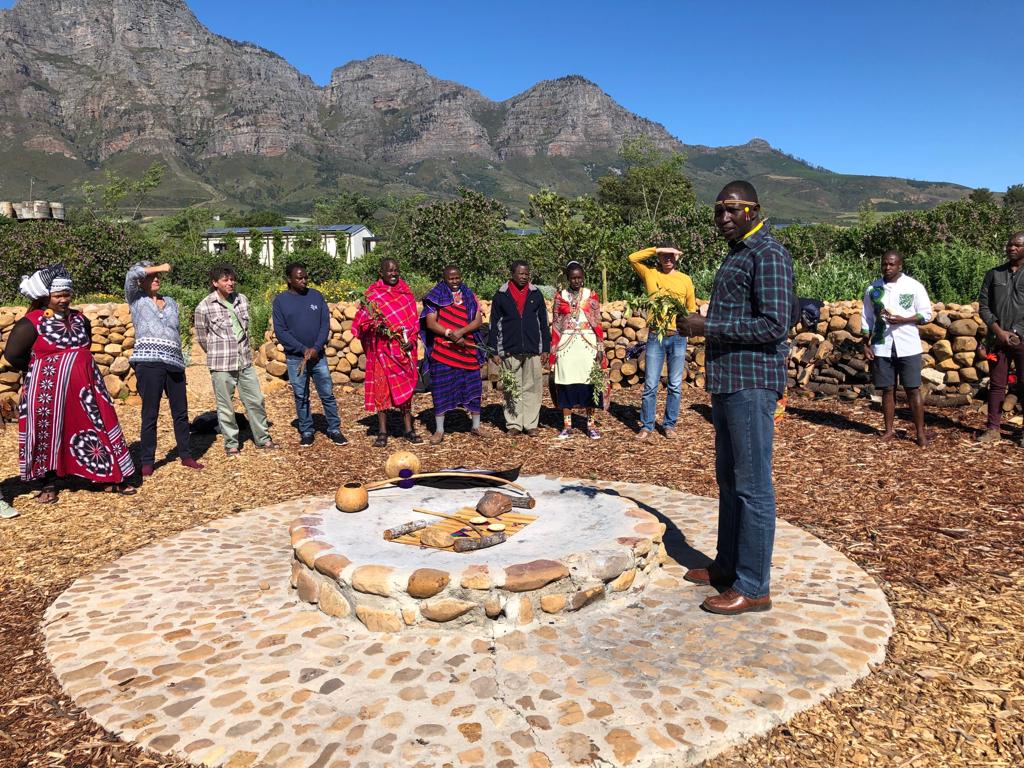 La Marabunta Filmadora from Mexico, who see themselves as an unstoppable movement of ants, use PV to address land rights and cultural issues of indigenous communities in Mexico. Recently, they have been training PV to other groups in the region and even gave training in Brazil earlier this year.

Another PV hub is the Nagaland video hub in Northern India; an impact story of this Collective is listed in the Impact Toolkit. Participants were shown a video from the Nagaland Video hub about the NEN Summer Farm School, where traditional sustainable farming systems are presented to youths from schools nearby. This was done to teach students about their heritage and how indigenous groups in Nagaland coexist and live from the land without destroying her. 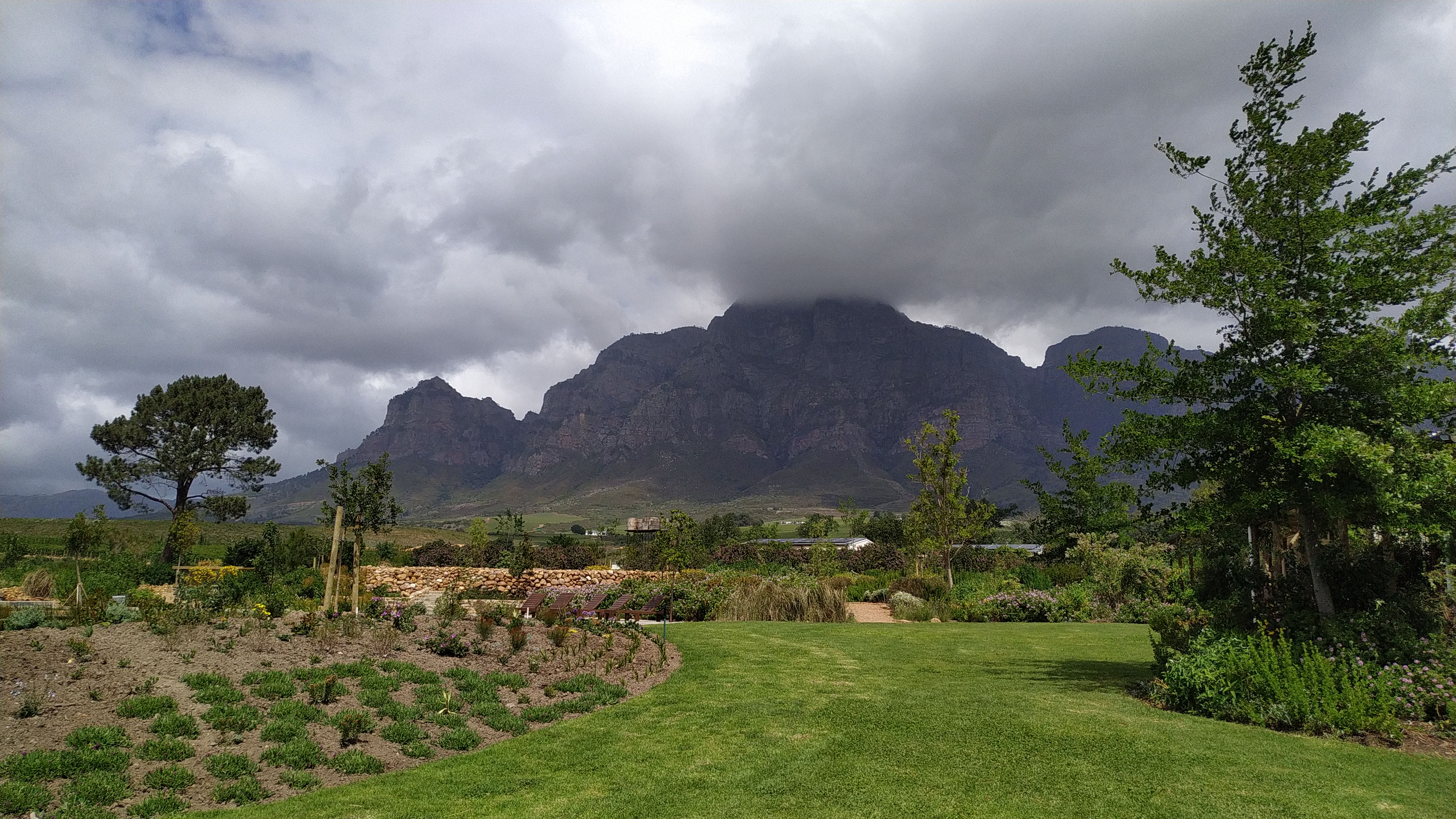 The view from the Bertha retreat in Boschendal, South Africa. Image by King Catoy

Finally, we returned to Africa and the Oltoilo PV group from Maasai, Kenya. Several members of this collective were present, and they discussed their Olosho film, and how it had an impact in putting the land rights struggles of the Maasai in Loliondo, Tanzania on the political agenda. A video was screened of members of PV collective Oltoilo going to Oxford and working with the Pitt Rivers Museum to discuss the colonial theft of several Maasai artifacts on display there. Future efforts are underway to further decolonize more British museums.

At 21:30, an exciting first day of the Video4Change grassroots gathering came to an end. Tired, inspired, and full of thoughts, the participants went in search of their warm beds, the fresh, cool winds in the flower gardens blowing on their faces.

Egbert Wits is the Learning Manager, Video for Change and the Project Manager of Video for Change Impact Toolkit. He has been active in international development in Indonesia for over 12 years and specializes in training design and facilitation, community empowerment, and strengthening the capacities of local organizations.