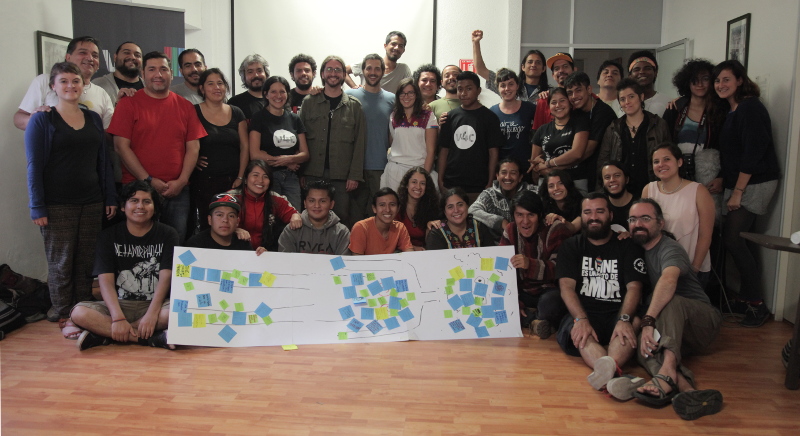 From 19-21 July 2015, WITNESS and SocialTic hosted a convening in Mexico for video activists from around Latin America and the Caribbean to exchange knowledge and analyze joint actions between collectives that work on video for social change. The gathering brought together almost 50 people from 14 countries in the region at the Human Rights Center Miguel Agustín Pro Juárez in Mexico City with the following objectives: to get to know each other better and to reinforce existing ties and seek new ways to organize ourselves collectively.

Despite diverse approaches to video work, there are clear principles that guide the practice of the attendees: to create transformative audiovisual work; the inclusion and participation of communities; the development of our own spaces for production, distribution, and teaching that contributes to more people and communities using video to tell their own stories and struggles.

Read more about gathering in English and Spanish.