How to Live Stream on Android 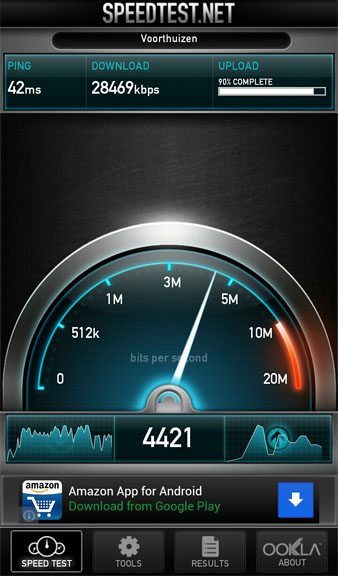 Why live-stream? The pros and cons

Live-streaming technology provides an exciting opportunity to report directly from the scene. The other production templates in this manual are “as live” – recorded and quickly uploaded. But with live-streaming the viewer can see something unfolding in the present, before the reporter’s eyes. Although live streaming has a long history, the use of it by citizen journalists during the Egyptian revolution of 2011 made it so challenging to the powerful that Bambuser’s live streaming service was blocked by the Egyptian authorities. For the Occupy movement of the same year, it was the signature method of web-casting.

PROS: Being live can be really advantageous when there is an ongoing news event or a conference to cover. Going live has a compelling immediacy which can attract large numbers of viewers. Also, the live chat which is embeddable with the player gives a great opportunity for viewers to talk to each other, and the producer with the viewers.

CONS: With the current state of mobile connectivity, live streams can have very poor image and sound quality, and the unreliability of 3G means the signal can cut out too often. (4G should help). Live streaming also requires a higher skill set from citizen reporters than a short video.

Brief review of the services available

Livestream, Bambuser, Ustream and Justin.tv are currently the main providers of this service. All of these services were used by different groups in the Occupy movement, and your choice is to a certain extent personal.
There is not enough space here for a full comparative review, but there are many good articles online1.

We will compare Livestream with Bambuser.

In our test, Livestream had choppier sound and a lower resolution image than Bambuser. Bambuser has a technology to fill in the image-streaming holes.
The main reported downsides to Bambuser are that it lacks the traffic of the other three, and the monetization options. We choose it because it is ahead in terms of ease-of-use, and, crucially, mobile support. A great feature is that Bambuser captures the video on your mobile device at full quality for uploading later, while it broadcasts live at less resolution to avoid breakdown. The company also has a reputation for being easier to talk to, and for giving pro accounts to activists for free.

Wifi is much more reliable as a connection for live streaming from a mobile, but is generally only available in indoor locations such as conferences or meetings. Even if you are located in a wifi zone, the danger is that everyone there may be using one connection, so bandwidth may be limited. At conferences, it is worth talking to the tech crew in advance, because in locations such as universities there may be a non-public network you can get access to.

But many of the most interesting occasions for filming are without wifi. If you are using 3G, it is preferable to have a limitless data contract. Otherwise you may hit your limit, and either have to pay large additional fees or have your 3G connection throttled.

When on location, this is essential.

Download Speedtest.net from the Google Play Store. Check your upload speed, which will be slower than your download.

Experiment with different video qualities and sizes. For live streaming, better flow is more important than high resolution. Explore the location beforehand if possible. For instance, tall buildings can cause 3G to cut out completely.

Live-streaming obviously takes up more disc space than normal stop-and-start video recording. A 32GB or 64GB SD card is very useful. With a 32GB card you can record nearly 6 hours of HD.

Take with you all the gear listed in the Preparing to record chapter. Spare batteries are absolutely essential for live streaming.

Citizen media project visionOntv2 has produced a template for live streaming. It is reproduced here:

Go Live – template for reporting as it happens

Here’s how to do it to make maximum impact:

Make sure your video stream is embedded on a reliable webpage that you own. Put any other useful links on that page.

If your event is ongoing over several days, be like the traditional media, and schedule a report. Advertise a show at a particular time of the day, so that people will tune in at that time, in the same way they check out the TV news.

It’s really exciting to be able to chat with your viewers, but very quickly commenting becomes off-topic or the prey of trolls. It’s a good idea therefore to seed the commenting, setting the right tone for a positive, relevant discussion. Post some links to interesting material around the issues.

1. REPORT AS VOICE-OVER to your mobile phone while shooting the action. (The default livestreaming method)

2. SHOOT PIECES TO CAMERA, as part of a two or three-person team. Say who you are and where you are from, as this builds trust in you as a news source.

3. DO INTERVIEWS in the same style as in the single-take interview template in the Templates for mobile video chapter. Set these up before you start the report rolling, so that the interviewees are prepared in advance, and your broadcast can be more seamless.