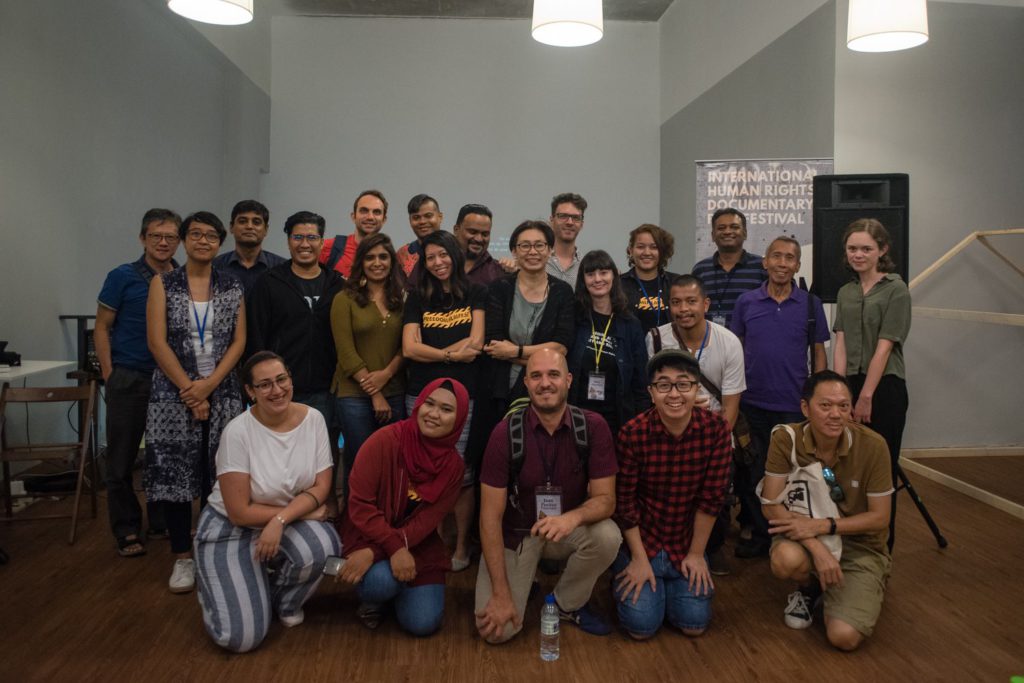 Filmmakers and activists at the Video for Change Discussion in the 2018 Freedom Film Festival.

First stop was the 2018 edition of Freedom Film Festival (FFF) in Kuala Lumpur, Malaysia last October. Now on its 15th year, FFF is the biggest human rights oriented film festival in Southeast Asia. Highlighted this year were the Orang Asli or indigenous peoples of Malaysia; who in the past years have been battling the encroachment of big business in what remains of their ancestral domain. Film screenings, performances and various discussions depicting their situation were held throughout the film festival. 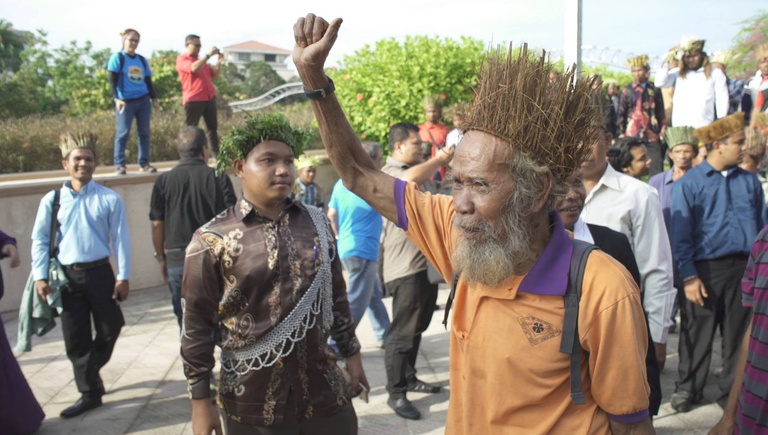 Melawan Arus traces the undercurrents beneath the waves that swept
away the 61-year rule of the Barisan Nasional government in Malaysia.

Meanwhile, the closing film Melawan Arus by Arul Prakkash documented the power shift from the United Malays National Organisation to Parti Pribumi Bersatu as narrated by veteran Malaysian activists. The intense discussion during the open forum that followed after the screening reflected the overall feeling of Malaysians prevalent during the duration of the festival–that of desiring to push for as much change that is possible under the new political situation.

Here is an interview of Anna Har and Brenda Danker of the Freedom Film Network we published last year where they talked in details about the 2018 festival “Mending The Gaps”. 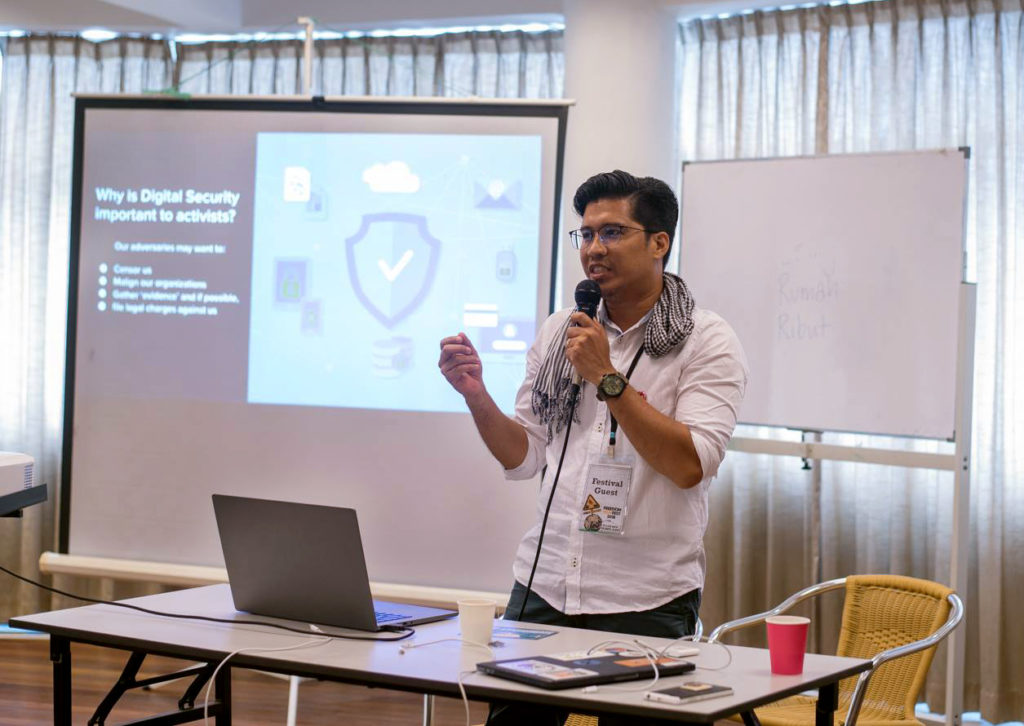 During a session with the Freedom Film Network, EngageMedia featured its advocacy in using Video for Change; particularly in its initiatives in West Papua and Papua region in Indonesia and through the Video4Change Network.

After the screening of Black Code, a documentary on the global impact of the internet on free speech, privacy and activism, EngageMedia co-facilitated a Digital Activism Workshop with WITNESS Asia. It explored online privacy and the right to expression, and how to best utilise video, mobile phones and technology for digital advocacy.

The Jogja-NETPAC Asian Film Festival was founded in Yogyakarta in 2007. It is one of the initiatives of the Network for the Promotion of Asian Cinema (NETPAC), a worldwide organisation founded in 1990 to promote greater understanding and appreciation for Asian films and filmmakers. It has presented the prestigious NETPAC Award for Best Asian Film at 30 film festivals in various countries throughout the world, such as Berlin, Rotterdam, Warsaw, Moscow, Jeonju, Busan and Hawaii. 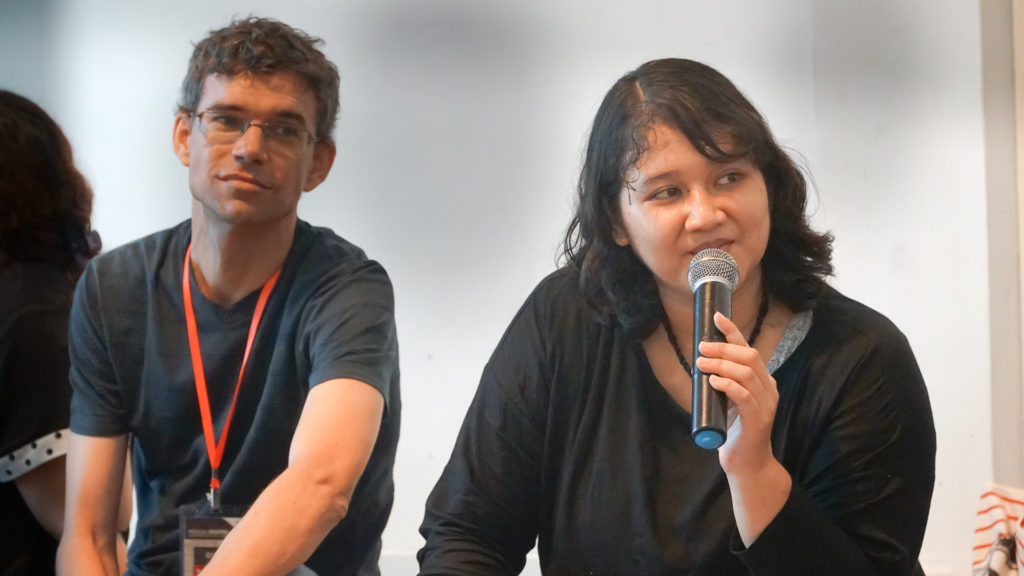 EngageMedia was invited to the 13th Jogja-NETPAC Asian Film Festival with “Disruption” as its central theme. During the festival, several special screenings, discussions, public lectures and educational sessions took place in various venues across Yogyakarta. On the 30th November, EngageMedia’s Pitra Hutomo and Egbert Wits organised a community forum on social impact and video for change for an audience of about 40 film-makers, activists and students. Read more about it here.

Amidst Philippine President Rodrigo Duterte’s war on drugs, misogyny and attacks against his critics, the sixth of the Active Vista International Human Rights Film Festival was launched in Manila last 26 November 2018. This year’s theme, “Imagination”, sheds light on the real stories of human rights struggles despite the dark cloud of disinformation and hate dividing many Filipinos.

EngageMedia facilitated a Video for Change session in the Active Vista Film Workshop, a workshop series that integrates human rights and art advocacy into filmmaking. Attended by young and vibrant filmmakers from various backgrounds, the session was culminated by the collective realisation on the need for more impact distribution efforts of filmmakers, film producers and civil society in the Philippines.

Fourth stop is the longest-running and largest film event in the Little Red Dot, the Singapore International Film Festival (SGIFF). The festival was widely attended by international film critics who are on the lookout for local and regional talent, as well as emerging trends in Asian cinema. Parallel events like masterclasses, fora and panel discussions hosted by the most prominent personalities of Asian cinema provided opportunities for emerging filmmakers to expand their horizons and to see what is in demand in the sphere of contemporary film festivals. 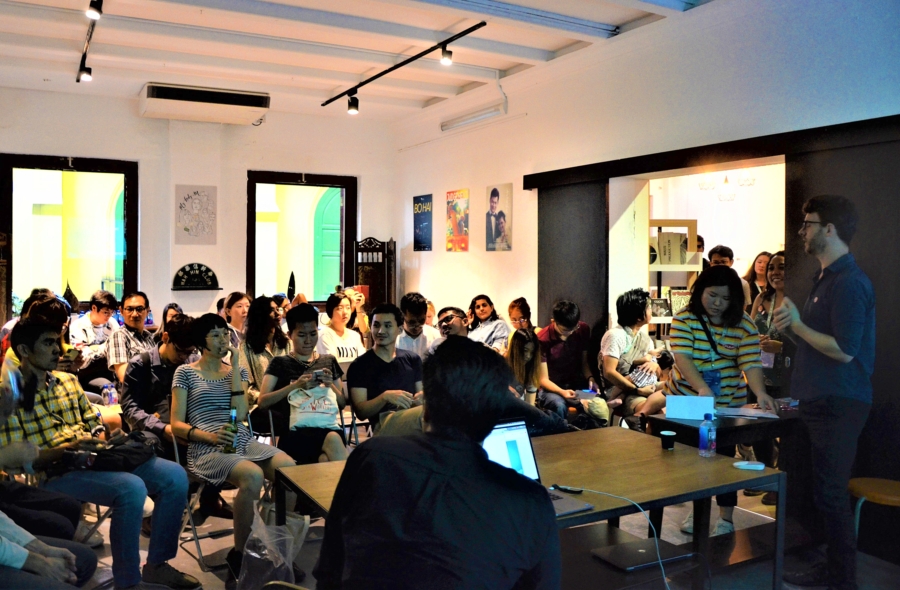 EngageMedia led a session entitled “Social Issue Documentary and Impact” in SGIFF Connects, a networking session where organisations can hold talks and preview new works. It was attended by an audience of different backgrounds including students, filmmakers and civil society. 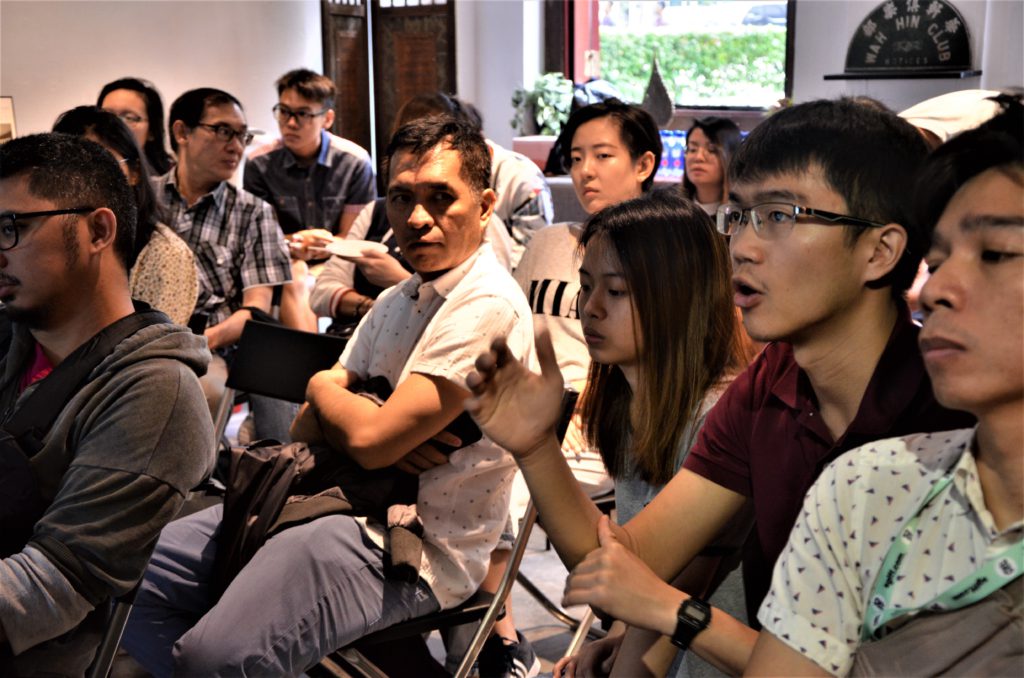 It highlighted the idea of Impact Pathway; and the Values and Methods of Video for Change, two key concepts in the Impact Handbook which will be soon released by EngageMedia and Video4Change Network ).

Past SGIFF Connects collaborators include Netflix and the Motion Picture Association of America.

The Luang Prabang International Film Festival is emerging as one of the most significant film festivals in Southeast Asian; but, the organisers were not able to secure a permit from the Lao government last December 2018. Nevertheless, under the name Press Pause Luang Prabang, film screenings, cultural exchanges, film competitions and most of what were supposed to happen pushed through. Except that what would have been an open-air screening at the Night Market, freely accessible to the Lao public and tourists, did not happen. 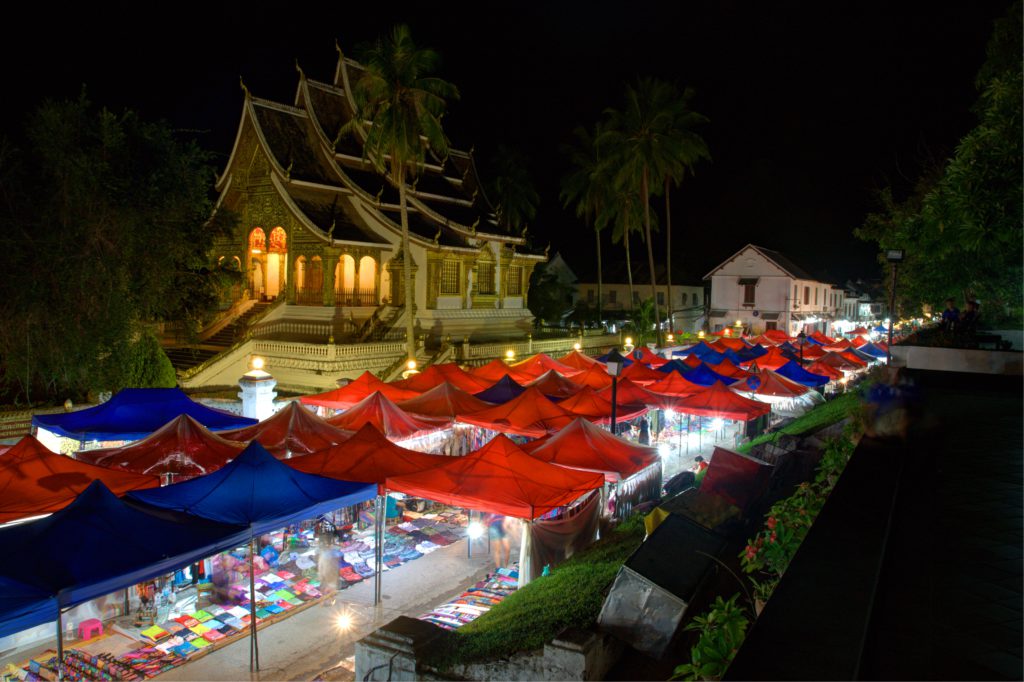 If public screening of films like Edmund Yeo’s We the Dead and and Anucha Boonyawatana’s Malila: The Farewell Flower had pushed through, the projection would have been a beautiful complement to the unique architecture of the UNESCO Heritage Site of Luang Prabang. 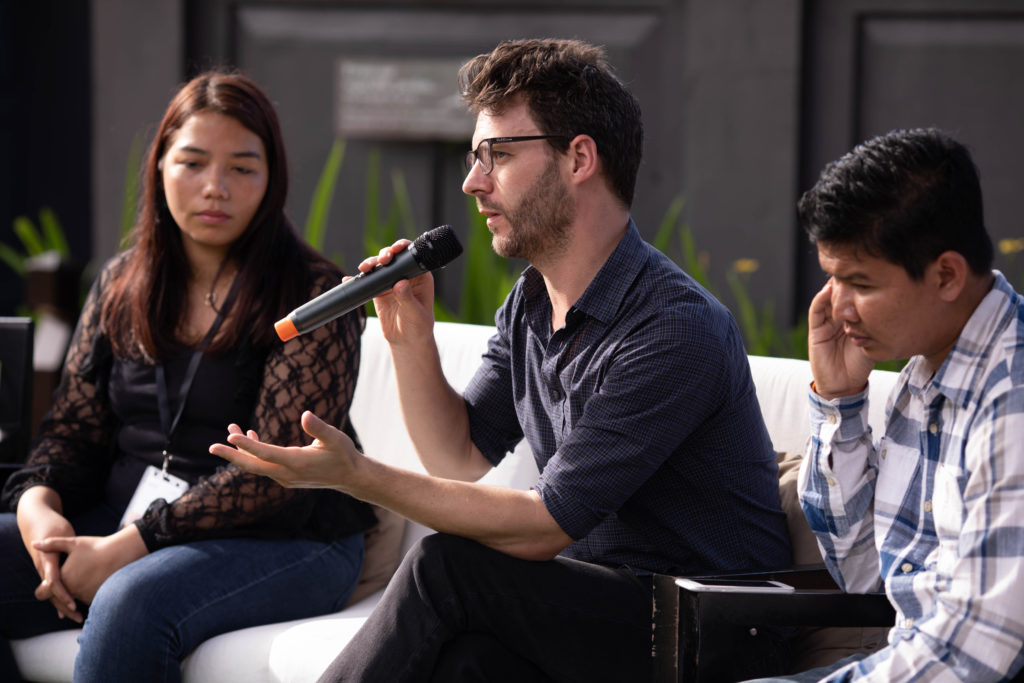 EngageMedia’s Executive Director Andrew Lowenthal and Video4Change Coordinator King Catoy were two of the panel members of the Film and Social Change Discussion.

They had the opportunity to share their past learnings on the subject matter. King shared the experiences of alternative media groups in the Philippines in filming marginalised sectors; as well as these films’ impact on both online and offline discourses about the worsening human rights situation in the Philippines. 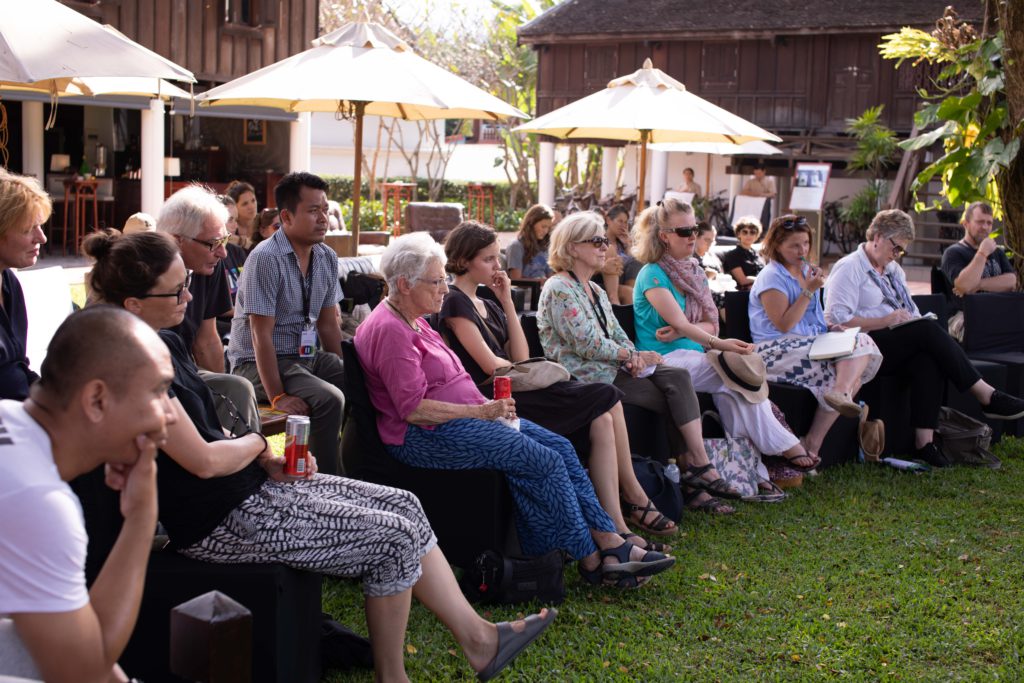 Audience members of the FIlm and Social Change Session

Andrew, for his part, reiterated the role of video in bringing positive change to affected communities facing discrimination, and other issues in the context of EngageMedia’s work.

The last four film festivals written here took place within an exhilarating period of two weeks. We had the unique opportunity to see the most relevant films from the region, and even meet some of the filmmakers behind them. It was also an occasion to meet up and coming filmmakers looking for possible collaborators outside the commercial industry who are willing to share their cinematic vision.

Lastly, it was a moment to meet the festival directors, visionaries who see films as not just another blockbuster hit or bust, but rather as artistic statements that reflect the good and the bad of contemporary Asian life and times. Tiring as the journey had been, EngageMedia would not miss a similar chance to do this again in the future.