Video4Change Network partner InsightShare has been working tirelessly to advance and promote participatory video production by local indigenous communities around the world.

The 2021 United Nations Climate Change Conference (COP26) provided an opportunity for indigenous communities – who are on the frontlines of the climate emergency – to showcase their work and leverage the power of video to raise their climate concerns and make sure their voices are represented.

The initiative got picked up by mainstream British media, further amplifying the voices of indigenous communities to the world.

It’s inspiring to see this take shape, with the hope that it can lead to more direct representation of local communities in mainstream media and at the highest stages of political debate.

InsightShare is also hosting indigenous activists attending COP26 to represent their communities and communicate their struggles. 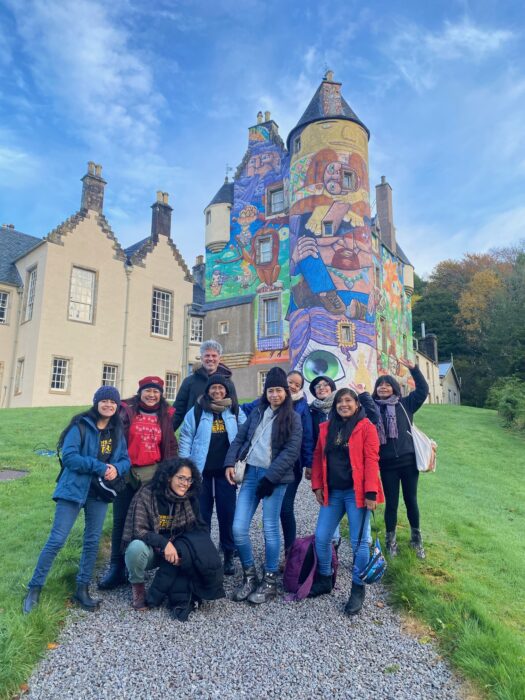 Members of Futuros Indigenas from Mexico and Guatemala in front of Kelburn Castle where InsightShare is hosting Indigenous activists for the two weeks of COP26. Photo courtesy of InsightShare

Here’s the full overview of all the videos and the activities InsightShare is helping organise.