Network Building at the Southeast Asia Video for Change Forum

From 24-26 August, EngageMedia participated in the Southeast Asia Video for Change Forum, which was held as part of the Freedom Film Festival in Kuala Lumpur, Malaysia.

From 24-26 August, EngageMedia participated in the Southeast Asia Video for Change Forum, which was held as part of the Freedom Film Festival in Kuala Lumpur, Malaysia. The festival is considered to be the most established human rights and environmental film event in the region, bringing together critical films and filmmakers for the past 14 years. Its organizers, Pusat KOMAS, who are a member of the global Video4Change network, spearheaded the idea of holding a localized forum after attending the 2nd convening of the network in Mexico last year.

The three-day event began with a public screening of films from Sabah, to West Papua and to Myanmar, addressing issues such as environmental crises, women’s rights, religious freedom, and the social realities of the LGBT community. The screenings closed with the film ‘Kenya: A Guidebook to Impunity’, produced by fellow Video4Change network members InformAction. 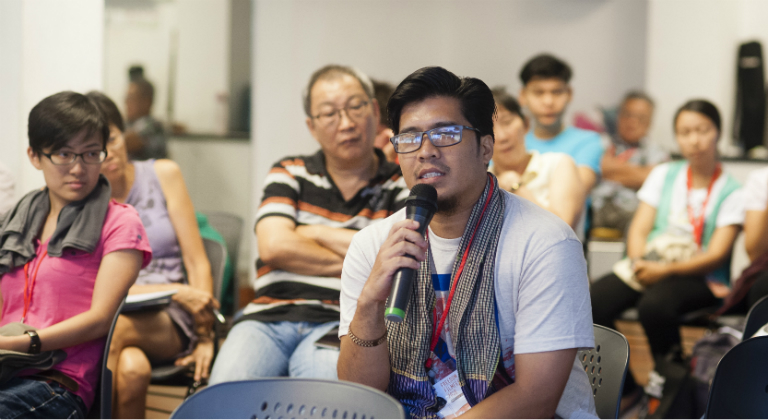 The film served as a starting point for the discussion conducted the following day on the role of video in elections monitoring in Southeast Asia. All the participants agreed that video-based monitoring in their home countries was done more sporadically, and found inspiration from the Kenyan film to plan ahead for a more concerted documentation effort.

Sessions continued with a presentation on ‘Video as Evidence’ and related tools by Prakkash from WITNESS. Seelan from EngageMedia then shared a presentation titled ‘Beyond the Festivals: Video for Social Change and Impact’, which included key aspects of guides such as BRITDOC’s Impact Field Guide, Horticulture Tools by the Active Voice Lab, and the Video4Change Impact Cookbook. It was encouraging to note that our presentation was used by one of the attendees in an Asia Indigenous People’s Pact workshop in Thailand the very next weekend. 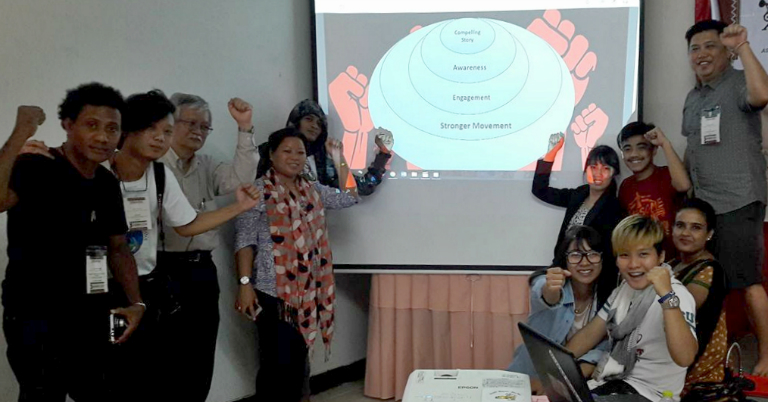 The final day featured an open-to-public dialogue titled, ‘Dealing with the Cut’, where a panel of filmmakers shared their experiences with film censorship.

Knowledge exchanged over the course of the forum informed the closing meeting to follow up on some common areas where various participating filmmakers and organizations could work together, and understand how this currently organic network can be developed further.