Leading up to the launch of the Video4Change Impact Toolkit, we would like to highlight and introduce some of the issues discussed in it. Today we start with power. Why power? Because power is everywhere. 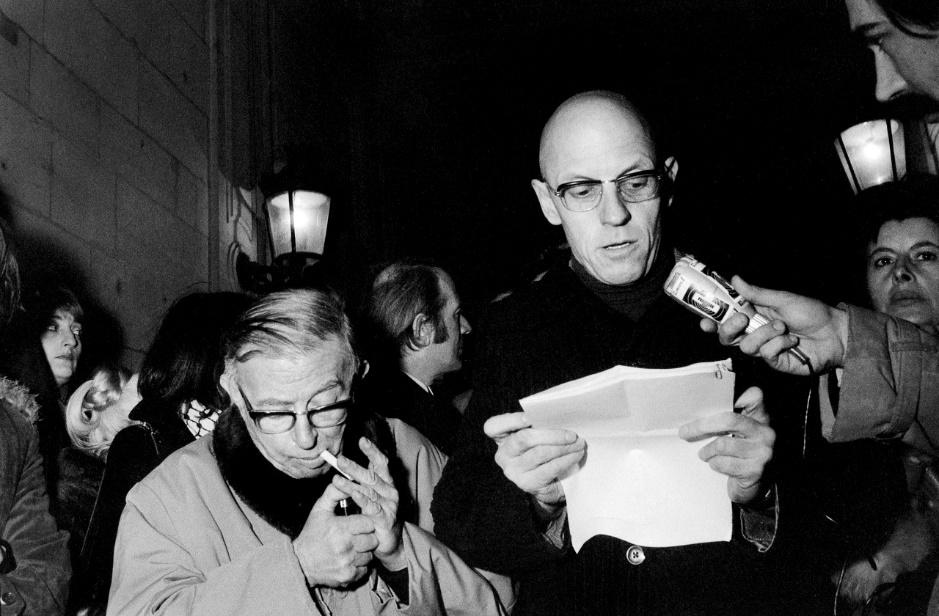 Above: Leftists at a demonstration at the French Ministry of Justice, fighting for the rights of immigrants: Jean-Paul Sartre and Michel Foucault, 1972.

Since 2012, the Video4Change (V4C) network has been engaged in research to explore the impacts of its various efforts in the Video for Change field. Currently, we are busy developing an Impact Toolkit that will describe ways in which Video for Change organizations and advocates can build and evaluate impact in their projects and initiatives. Leading up to the launch of the Toolkit, we would like to highlight and introduce some of the issues discussed in it. Today we start with power. Why power? Because power is everywhere.

Power influences almost everything we do, and affects our ability to make decisions about our lives. Some of the most influential research into the workings of power in society was done by the late French philosopher Michel Foucault (1926-1984). He went as far as to state that “Power is everywhere”, meaning power exists everywhere and can come from anywhere. In his studies, Foucault was particularly interested in the relation between knowledge and power. He saw the two as intricately linked and mutually interdependent. Interestingly, Foucault, who himself was an active left-wing activist, didn’t view power as something negative or repressive; power simply produces reality. (Here’s a longer introduction to Foucault’s concept of power, and more aspiring readers could choose to read his influential essay, ‘The Subject and Power‘.)

Every V4C practitioner deals with forms of power in his/her work. The relationship between power and knowledge becomes manifest between the images captured by the camera (knowledge) and the choices of the filmmaker to record, edit and screen (power) the audiovisual material. While both these dimensions are in turn influenced by the filmmakers’ capabilities, resources, networks and ideas.

The V4C Impact Toolkit will explain various forms of power and offer practical methods to conduct a power analysis. These will not be as philosophical and theoretical as Foucault, but tuned to the (practical) needs and working environments of V4C practitioners. Forms of power discussed are:

All of the above forms appear within different dimensions. Power can be intimate, effecting our internal condition. This form of power is often experienced through feelings of self-worth, dignity and confidence. Power can also be private, operating at the personal level of family, friends and close relationships. Finally, power can also be public, operating out in the open. Active at the levels of experiences we have of public interactions at the local, national or international level. The different dimensions and forms of power mentioned often intersect and occur simultaneously, each one affecting the other. It will have become clear that power is a complex and multifaceted issue.

Are you interested in learning more about how power affects your work as a V4C practitioner? Or learn about methods to conduct a power analysis? Stay tuned to this website and Twitter for updates on the launch of our V4C Impact Toolkit.