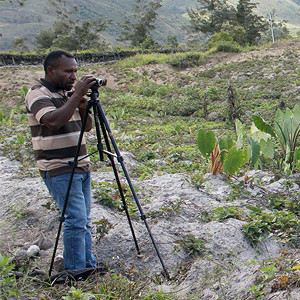 Ever since I started my work for the Video4Change Network, I’ve been continuously confronted with the word, “impact”. What is it? How do we measure it? How do we define it? And how do we communicate it to others?

Ever since I started my work for the Video4Change Network, which was in late November 2015, I’ve been continuously confronted with the word, “impact”. More specifically, impact in the context of Video for Change. What is it? How do we measure it? How do we define it? And how do we communicate it to others? These questions kept spinning around in my head, culminating at the end of February 2016 when, together with New Tactics, I organized a webinar on Video for Change and Impact.

As expected, given the high level of expertise of the conversation leaders on board, most of the questions occupying my mind were dissected and discussed. Right off the bat, in the very first comment, came a definition. Cheekay Chinco from EngageMedia wrote, “Impact is how our video — the production of it, the video product itself, and the distribution of the video — affects everyone involved in it.” Wow, I thought, that’s a good definition. Simple, easy to understand and explain. Of course, sooner rather than later, things got a lot more detailed.

Sam Gregory from WITNESS joined the conversation: “Defining impact is going to involve weighing up a set of priorities around process, outcome and long-term change, and being clear about who gets to decide this balance of prioritization.” And he continued with an overview of possible ways in which Video for Change can achieve specific results, something he calls, Impact Pathways.

Okay, that was very helpful. It was becoming clear that impact affects more than just “everyone involved”, as Cheekay suggested. More importantly, there’s a notion of power inherently attached to impact, because there’s usually someone who gets to decide on the “balance of prioritization”. So impact is in some ways also what you want it to be.

I realized impact can be measured in multiple ways. On an individual level, affecting those involved (embodied impact?). On a community level, building movements or creating communities around certain issues. And on a long-term, possibly even macro level, changing policies, structures and practices. And just as I thought I was getting the right picture, Lina Srivastava threw me off-balance with her comment, ’Video in a landscape of impact’.

According to this social impact strategist, Video for Change fits in a larger landscape, an ecosystem of change. She explains that video can have an effect on audiences, but that it is ultimately what this audience does with it that leads to impact. Or, as she states, it’s all about “how communities and stakeholders use video to support evidence basis, proxy, argument, hypothesis, model, or evaluation.”

Right. That makes perfect sense and builds well on the previous ideas that Video for Change Impact “affects everyone involved” and offers “pathways” through which real social change can take place. But then comes Lina’s final touché:

The creation and distribution of video is itself a social process. Creating and using video for change is therefore inherently a social change — and in the hands of savvy activists or change agents, catalyzes further processes of change that are sustained and embedded within communities.

So has the creation and distribution of video become a social process? I realized Lina was right. In today’s world, people, or at least a large part of the current world’s population, decide for themselves what they want to watch, and when they want to watch it. And if they like, they can all too easily share whatever it is they’re watching to whoever they want.Also, the creation of content is no longer the exclusive terrain of broadcasters and experts.

We have all become potential agents of change! Video for Change and Impact is not some distant, academic buzz phrase. Yes, we do need webinars like the one I just helped to organize to analyze, categorize, lay bare and isolate the bits and pieces that make up the fabric of impact. But honestly, Video for Change and Impact is right here, right now. It is itself a social process. It’s both literally and metaphorically lying in the palm of our hands.

So is it really that simple? Maybe it is. All you need to do is imagine the endless possibilities Video for Change can have. And we will continue to work hard, finding a language and framework wherein you can express your ideas and turn those possibilities into realities.

The results of our labor will soon be shared as a Video for Change and Impact Cookbook on the Video4Change Network website.