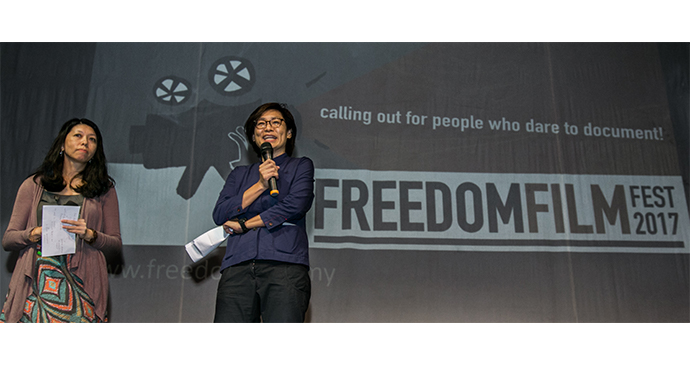 The Video4Change Network partner Freedom Film Network (FFN) is a not-for-profit body established to support and develop social documentary filmmaking within the context of freedom of expression and values contained in the Universal Declaration of Human Rights (UDHR) in Malaysia. FFN aims to create a sustainable model for social filmmaking in Malaysia by building a dynamic network of social filmmakers who can support, inspire and work together to produce powerful and relevant films within the constraints of our reality.

For over a decade, FFN has been arranging the annual Freedom Film Festival in Malaysia, which is an intergenerational and purposeful display of inspirational creative works of filmmakers from Malaysia and beyond.

Video4Change Network (V4C): There was this feeling of excitement and exhilaration after the elections hoping that freedom of expression will prevail in Malaysia under the new government. We read about this in newspapers and some social media posts during that time. Is that feeling still present in Malaysia today? 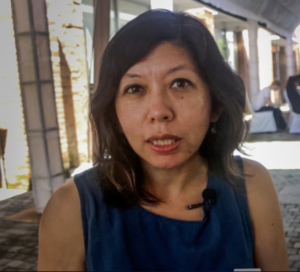 Yes, I remember exactly where I was. And in the filmmaking industry, everyone was excited about the change. But now, it is time to put in the hard work. It’s the feeling of the need for reform. I think, currently, it is in everybody’s mind [how to go follow-through with the change of the government], [thinking] like how to revise the Film Censorship Act, what is going to happen to our broadcasters, how can we reform the national film institute, making it better and more transparent, to help shape our national cinema. I think we have moved away from that initial feeling. Now, we are working hard to provide suggestions and action plans for reforms with regards to media and the filmmaking industry in Malaysia.

We are hopeful hearing news like Malaysian cartoonist Zunar’s acquittal from sedition charges and the banned film “Absence Without Leave” being screened. But, at the same time, two photographs of activists were taken down during the Georgetown Film Festival, a directive coming from the Prime Minister’s office. So, there are still things happening on the ground similar to [the ways of] old Malaysia. However, we feel that there is still a lot more space and room for us now. And there is a possibility of a dialogue with the new government about relevant acts and laws. 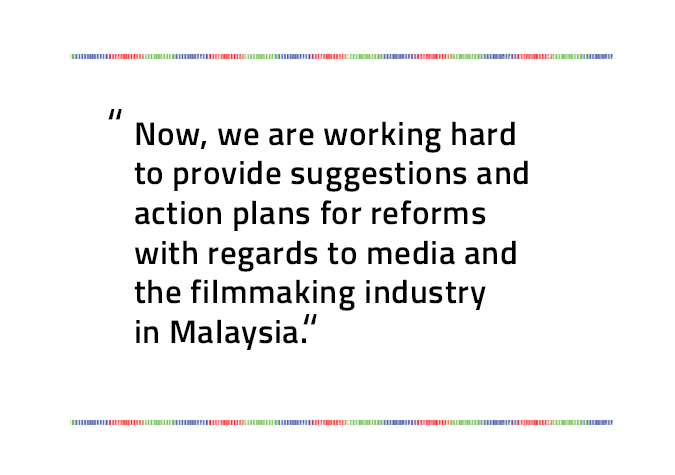 V4C: What was the role of film, media, and initiatives like FFF in the change in the political climate in Malaysia and the recent elections?

BD: New media and mobile phone technology made the flow of information more accessible. For example, people could easily access news and updates. But, activists and organisations like FFN, Komas, WITNESS, etc. played their part. You know, there was a screening ban on one of FFF’s film, and our colleague then, Lena Hendry was charged and found guilty for screening a film. So at that moment, [organising] screenings were challenging. However, we pushed and continued to do screenings. That was a real challenge for us. With each screening, we held dialogues, where the audience could ask questions to be more aware of the issues we highlighted.

We screened films in the cities and distributed the films via thumb drives to rural areas. We have been doing this for more than a decade since we started. We saw these films as a tool to inform citizens. 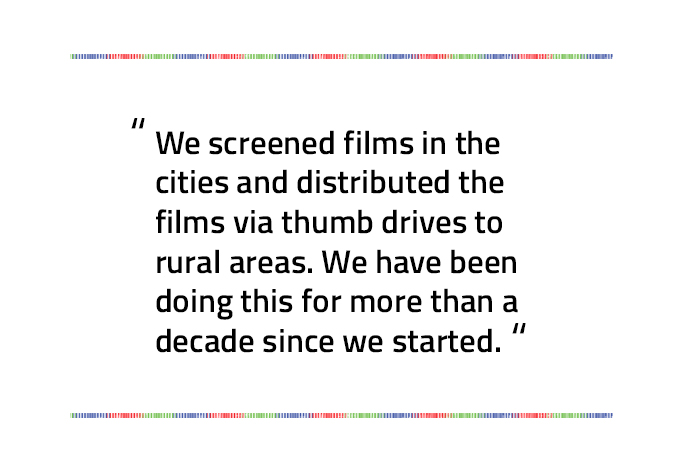 Anna Har (AH): The role of the festival was trying to popularise creating content about the filmmakers’ own situations: making films for yourselves, making films about people around you, talking about your issues and a lot more. That was not popular at all during those days–there were no social media! Then, the internet became popular, along with the rise of alternative news sources like Malaysiakini. People now have options about where to get information. And now, everybody, including members of the political parties, is using videos to disseminate information. They are now adding songs [and other elements]. They are becoming very media savvy.

We are probably one of the few remaining ones continuing with a festival like this. This is because we realized that people want local content, local news. They do not really need information from professional sources. And they want it fast. Missing now are the understanding, analysis, and dialogue. So, we need to “mend the gaps”. 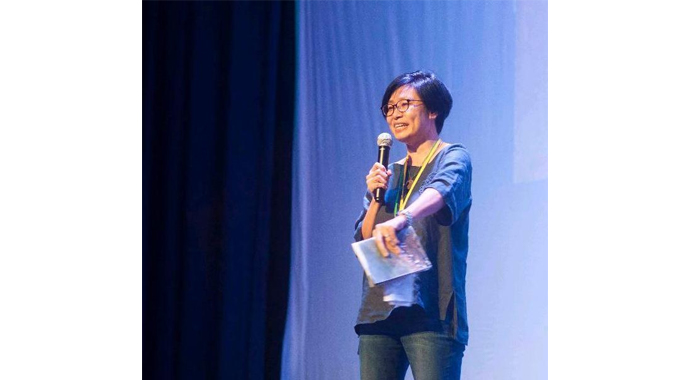 V4C: FFF has been successfully moving forward for more than a decade; what is different with this year’s festival?

AH:In many ways, it is still the same. We are still a platform that highlights critical issues. What we are trying new this year is to tell the government–the new government–to make those changes that we have been advocating for the past 15 years; that they should not be like the old government. People would knock on their doors for dialogue, but they seldom opened it. No one listened to the citizens or the activists. This government needs to be challenged, and we hope that they will be listening to the crucial issues highlighted in the films [at the festival] this year. We [also] hope that they will be there to watch the films and join the festival, and see what other people are thinking about it, in order to tell what their commitments will be to [forward] change.

The theme of this year’s festival is “mending the gap”. There are many gaps to mend: the “poverty gap” is one of the most crucial gaps that affect the poorer segment of the society; there is [also] “information gap” between different groups of people. Because of social media, we tend to stick with particular groups and networks (race, religion, ethnicity, education, etc.), without [giving in to] the chance of knowing people from other groups, to share and exchange information, concerns, and issues. This needs to be broken. We need to narrow down these gaps because our world is getting a bit “crazy”–we cannot tolerate people from other groups.

The new government can look at us as a partner for change. We are working in the same direction. They need to just respond and accept us to [forward] change. We are hoping for a better partnership with the government.

V4C:  What is the response from local Malaysian filmmakers about this year’s FFF?

BD: We have six or seven local films to be screened this year, and they all address these gaps. The gaps in healthcare, [for example,] there is a story from Sarawak that showcases the state of the indigenous peoples’ access to maternity healthcare.

AH: In Malaysia, the access to health care is not equal across the whole country. For example, in Kuala Lumpur, you will find hundreds of private clinics and hospitals; but in Kuching, the capital of Sarawak or in the rural parts, the facilities are not the same. In some rural areas, it is hard to find a proper medical facility to give birth. In case of complications, the nearest hospital is hundreds of miles away costing, more than hundreds of dollars to reach. 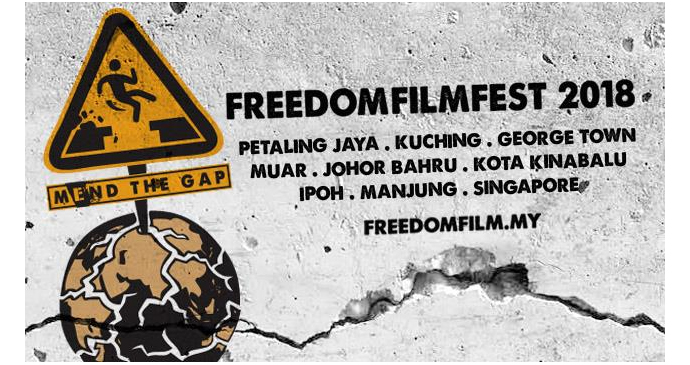 BD: According to the filmmaker on this story on maternity care, the Lun Bawang community (40,000 people) who lives in the Lawas District, Limbang Division, Sarawak, there is no gynecologist available in the Lawas hospital. So, they have to travel about 300 kilometres, crossing four checkpoints through another country, Brunei, to Miri, a coastal city in northeastern Sarawak. But, Lawas has hotels and other facilities for tourists.

There is another film about stateless children in the Sabah region. So, when we look at the gaps [the film is trying to portray], these are access to education, right to citizenship, access to healthcare. For these people who are stateless, no one cares about their data. For the undocumented,  there is no access to basic human rights.

Other issues covered by the films at the festival are gaps for disabled people, gaps in the judiciary system, and gaps in the justice system for the young people. We have a story on how children are detained under the Prevention of Crime Act (POCA) without any trial. Another film highlights the issue of education for the Orang Asli (indigenous) people. We will have a unique oral storytelling workshop during the FFF, where Orang Asli girls and women will share their experiences regarding the gaps in accessing their education.

V4C: Tell us about the films from other Southeast Asian countries to be showcased at this year’s festival.

AH: In the region, they still have the issues that we had before, like oppressive regimes, no free and fair elections, etc. We have a couple of films like that: one on the unlawful arrest and oppression of activists in Cambodia; the other one features the disappearance of activist Sombath Somphone in Laos. He is a key activist in Laos and was abducted in front of the police. There are also films from Indonesia, Burma, Hong Kong, and the Philippines on a variety of issues.

We are trying to engage with young people at the festival. So, we will be having a student film competition, and a workshop for student activists, where an activist from Hong Kong will share her experience and engage in dialogue for the young people. We will also organize a digital security workshop with the help of EngageMedia, and a workshop on reproductive health for the young audience members. 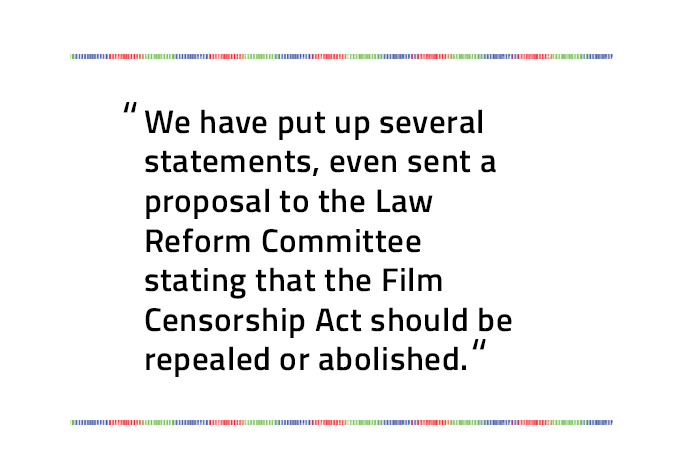 V4C:  Do you face any legal challenge now for the screening of films? Will the situation change soon for the filmmakers and distributors fraternity?

AH: The truth is nothing has changed. The law still remains. But, we are continuously pushing for change. We have put up several statements, even sent a proposal to the Law Reform Committee stating that the Film Censorship Act should be repealed or abolished. We also suggested that we should move towards ratings, but without cuts; because in Malaysia, they want to rate films then remove certain scenes.

BD: That is still censorship.

AH: But, in this new Malaysia, initially, everybody wanted so many changes. But, to put the process of change in motion, it requires time. So, people realised that they should wait and give the government the chance to respond,

V4C:  How can the V4C network support your cause with regards to training, outreach, and distribution?

BD: The sharing of experiences always help. Sharing of different ways of doing something trigger [other people] to look at something differently. In this festival, we are collaborating with EngageMedia for the workshop on digital security.

AH: In general, networking with the activists who come to join in from different countries always help. We can follow each other’s cases, and if something really bad happens to one of our activists or network organisations in a neighbouring country, then we can immediately notify others concerned. It is more than just getting to know one another; it is taking a stand to be in solidarity. When the time comes when we need help, we know whom to ask.

The Freedom Film Festival (FFF) is an annual human rights documentary film festival in Malaysia. The festival will run from September 29 – October 6, 2018 at the PJ Live Arts in Petaling Jaya, Malaysia. A Video for Change Discussion and Digital Activism Workshop will be co-hosted by EngageMedia on October 5 and 6, respectively.