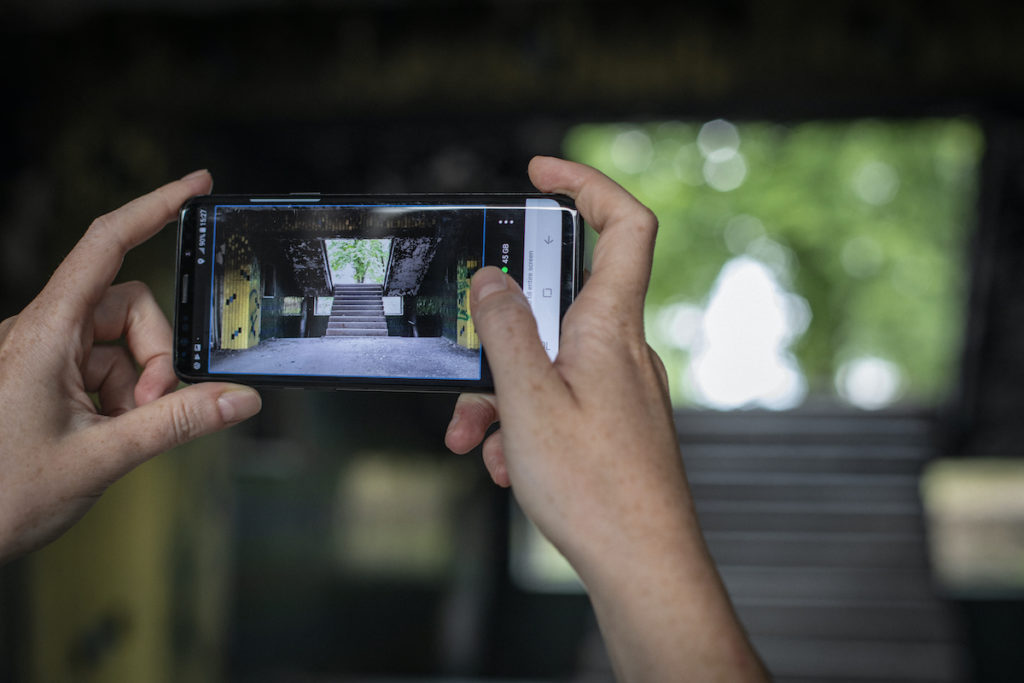 While videos can be used to document human rights violations, it does not always guarantee that these can be used in court. To close this gap, eyeWitness to Atrocities supports frontliners documenting atrocity crimes through easy-to-use video technology that offers guaranteed evidentiary value. When valid frontline footage is added to investigations, doubt gets eliminated, which increases the likelihood that perpetrators are brought to justice.

To understand their work better, I spoke to eyeWitness director Wendy Betts, who is currently based in London. This interview is part of a New Member Spotlight series that highlights the work of the Video4Change Network’s newest members.

Egbert: How are things with you and with eyeWitness in general?

Wendy: We’re quite busy at the moment. It was quieter earlier on during the pandemic, but at the moment things are really picking up again.

Recently we successfully submitted a dossier to the International Criminal Court (ICC) who have announced they are opening up an investigation into the situation in Palestine. Our report on housing conditions in Ukraine was sent to the United Nations (UN) Special Rapporteur on the Right to Adequate Housing.

In these reports we use images that are captured using our eyeWitness App, which automatically adds essential metadata to any pictures or video taken, and consequently allows our eyeWitness legal team to ascertain the images’ exact dates, times and locations. Investigators combine these photos and videos with other information, such as satellite imagery and reports from the ground.

Egbert: Impressive work putting that all together. In general, how would you say eyeWitness practices Video for Change?

Wendy: We empower human rights defenders on the ground to further the chances of their footage being used as evidence in the court of law. In other words, eyeWitness increases the legal impact of footage that captures human rights offences by bridging the gap between bodies investigating atrocity crimes with those on the ground documenting them. Basically, we make sure that the footage ends up in the hands of the right people, while ensuring that the footage can actually be used as evidence.

By doing so, our work is able to break circles of violence, help restore trust in government institutions, and increase the chances of perpetrators being brought to justice. Additionally, local and international advocacy efforts are aided when it can be demonstrated that the footage used in their campaigns are in fact real.

Egbert: How do these bridges between investigative bodies and frontline human rights defenders come about?

Wendy: First, by providing the eyeWItness app to those on the ground we make sure their footage has the relevant metadata in it and neither the footage nor metadata can be altered. Our partners on the ground then send a copy of the footage to us and we store it in a secure space, which creates what is called a chain of custody.

Next, we transform the videos in a way that makes it possible to index and search them by cataloguing and adding written descriptions to them. We have developed a special tagging system for this that makes sure the right images are quickly available for specific purposes. eyeWitness manages a roster of about 40 attorneys, all from law firms who collaborate with us pro bono. These attorneys then analyse the footage. All this has to happen in our office, for security reasons, but also for us to be able to offer mental support to those watching, as some of the imagery can be quite graphic. Additionally, by collaborating together in one space a stimulating comradery builds between participating attorneys.

Once we have compiled the footage we have received into a dossier, we can reach out to international bodies. But it also happens the other way around, and investigators come to us. eyeWitness has good relationships with ICC, Europol and many special UN Commissions who all know how to contact us in case they need evidence.

Egbert: Amazing, and exciting to learn how eyeWitness is able to effectively use these networks. What are some of the challenges that you face in your work?

Wendy: One of the things we want to achieve is to work more holistically with our partners on the ground. Capturing footage is really just one part of a larger puzzle, wherein a lot has to come together in order to create a case that will be accepted in the court of law. We want our partners to realise this and to also strengthen their capacities in terms of capturing footage, such as knowing what to put in the frame for instance, or how to be creative and combine footage with other types of evidence.

Another challenge is listening to the ground. What are the needs? Right now we get a lot of requests from Myanmar, so we’ve made a one-page summary in Burmese on how to use our app and have started circulating that. But in the end, it’s an organic process and most of the information is spread by the activist networks themselves.

A final challenge is time constraints. Today, people want to see the immediate impact and often assume that posting information to social media is enough. But in reality, so much more needs to happen before people can be held accountable before a court of law. If you actually want to stop these offences from happening again and bring perpetrators to justice longer time frames are needed.

Egbert: Agreed, but isn’t increased activism on the ground and the building of social movements and momentum, for instance via the use of social media, important too?

Wendy: Definitely, you need activists, social movements, and media attention to get things on a political agenda, and they also aid in bringing issues before a court.

Justice is often more distant and difficult to achieve. Trying to bring that fact closer to home is really our mission. So we can continue to fight impunity.

Egbert Wits is the Learning Manager of EngageMedia’s Video for Change program.

Learn more about what the newest members of the Video4Change Network are up to through our new member spotlight series. Check out the works of Biru Terong Initiative and Refugee Law Project, with more features in store in the coming months.