After featuring new Video4Change (V4C) Network member Biru Terong Initiative, it’s time for Refugee Law Project (RLP). Another fresh addition to the V4C Network, RLP is an organisation in Uganda running a large Media for Social Change (M4SC) program and planning a 2021 film festival to showcase the work of its video trainees. I spoke with RLP’s video advocacy manager Patrick Otim, who in a span of 13 years has gone from data management officer to an experienced human rights advocate, video maker, and founder of the M4SC program. Patrick learned his video advocacy skills from joining a training from long-time V4C Network member WITNESS back in 2008. He’s still passing on the knowledge he learned back then to refugee youth and their host communities living in Uganda today. 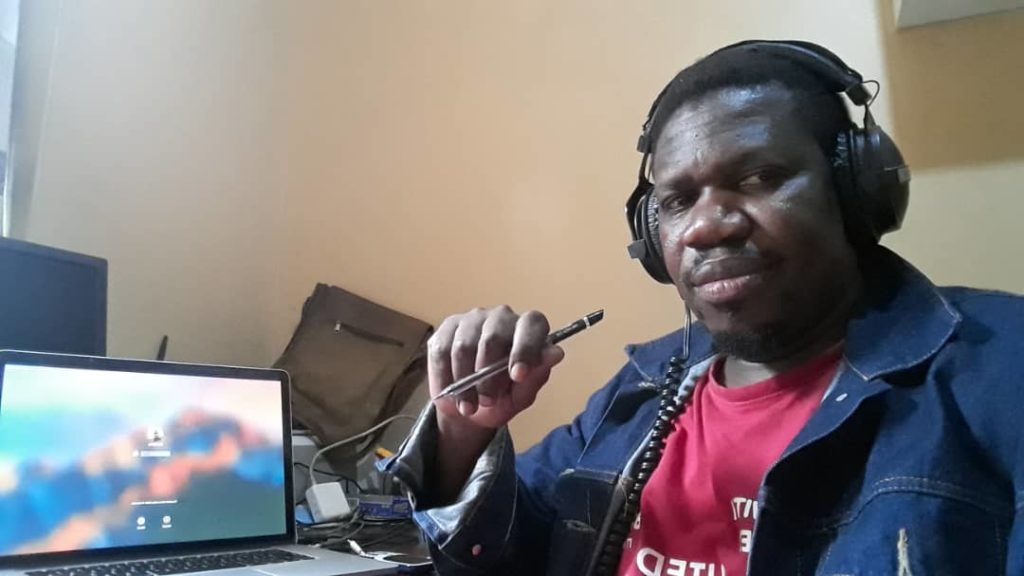 Egbert: How are things with you, RLP, and Uganda in general?

Patrick: Lately, we have been preoccupied with the aftermath of a tense electoral process that continues to severely impact everyone in Uganda. We previously had a four-day total internet shutdown, and the network still remains very slow. Plus, most social media are still shut down. Only those with VPNs are able to access social media.

The beauty is that as Ugandans, we keep hoping for the best. But as a country, it’s highly uncertain where we are heading. But we have to be careful because in Uganda, the government has a large hand. It can grab you wherever you are … and whenever they choose. (laughs)

Egbert: Alright. Let’s talk about video then. How do you practice Video for Change in your work?

Patrick: My work is centred on amplifying the voices of forced migrants through the use of video. I started by producing videos while running a video unit within RLP in 2008 to showcase our work around refugees and the host community. That scaled up to an important part of our work, which is the training of refugees and host youth as we seek to build their capacity to make their own videos that speak for them and their community. This training component grew over time and became the M4SC program.

Having successfully trained 154 refugee youth to date, we continue to engage with them by mentoring and discussing strategies on how they can achieve social impact through community-facilitated screenings and effectively disseminating their films. This is important because all their films tackle real concerns affecting people in refugee settlements or camps. It’s a bottom-up approach that gives ownership to the refugees.

Egbert: What sort of impacts have resulted from these youth-led facilitated film screenings?

Patrick: Through the community-facilitated film screenings, we can check whether the issues raised are really alive in the camps, which is a validation process for us. But at the same time, using this bottom-up approach offers us an opportunity to organically collect key issues that require intervention and response for the refugees and communities hosting them. The post-screening discussion is a Q&A session between the refugees on the one hand and civil society, authorities, and UN bodies on the other. By watching the videos together, we create a direct dialogue between the refugees and the authorities, creating a space where they can listen to each other. Once we are certain that an issue requires policy change or further advocacy at a higher level, RLP takes action by pursuing that at the next level, nationally or internationally.

Egbert: What kinds of stories do you think need more reporting?

Patrick: It can be any story, actually. The key thing is that a story discusses an issue affecting a community and for which real solutions exist, either through changes of management or changes in policy.

For example, there’s this video that came out as a result of a training project during one of our video advocacy boot camps called The Tap. The issue here was that water facilities had been transformed from a borehole system to a system with taps. Although good in intent and an improvement in sanitation, it became a challenge in how it was being managed. While the change in the system was partly to reduce the cost of frequent repairs, the solving of that challenge actually created more harm in the short term. The taps would only be opened as late as 10:00 AM, but the community prefers to fetch water as early as 6:00 AM. So every day, there were long lines of jerry-cans everywhere, simply because the man responsible for opening the water taps started his job late. Thanks to The Tap, we could show how this was a real issue, address it with the authorities and improve the situation.

Another film called The Network was also made in a similar circumstance. It showed how hard it was to get a phone signal in one of the refugee camps. In the video, a lady dies while trying to give birth because bystanders could not make a call for an ambulance to come in time. As a result of this screening before the authorities, there is now a communication mast erected. Of course, we can’t say for sure that the mast is there because of the film, but I am sure the film had a major bearing on this latest development.

Egbert: What’s next for the Media for Social Change program?

Patrick: We continue to build the institutional archives of our documentation work around forced migration issues. Also, the Wakimbizi Film Festival will be back. (Wakimbizi is Swahili for refugee.) This festival showcases works from video advocates who graduated from our Bootcamp video training.

After the inaugural edition in 2019, the Wakimbizi Film Festival was interrupted by the COVID-19 outbreak. We will hopefully have the second edition in 2021. The plan is to launch in April while the main festival is planned for June. The aim is to go to four refugee camps and do screenings there, collect more films, and have discussions. After returning from the travelling festival, a curated selection of films with strong stories will be made part of the main public festival in Kampala, where RLP will invite the UNHCR (United Nations High Commissioner for Refugees) and other high-level government officials. Additionally, we intend to open the festival up to other regions that host refugees as well.

We will also continue to train more youth in basic video advocacy skills. Our aim is to build an “army” of video advocates who are able to articulate their own issues and advance the human rights and justice challenges they face.

Finally, keep an eye out for our major documentary on the impact of sexual violence in Africa’s Great Lakes region. It’s coming soon and is titled Bringing Up Our Enemies’ Child.